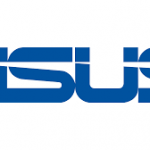 Asus is the world’s 5th-largest PC vendor by unit sales as of January 2021.[5] Asus appears in BusinessWeek’s “InfoTech 100” and “Asia’s Top 10 IT Companies” rankings, and it ranked first in the IT Hardware category of the 2008 Taiwan Top 10 Global Brands survey with a total brand value of $1.3 billion.[6]

Name
The company is usually referred to as Asus or Huáshuò in Chinese (traditional Chinese: 華碩; simplified Chinese: 华硕, literally “Eminence by the Chinese”[7]). According to the company website, the name Asus originates from Pegasus, the winged horse of Greek mythology.[8] Only the last four letters of the word were used in order to give the name a high position in alphabetical listings.[9] As its marketing taglines, Asus has used Rock Solid. Heart Touching (۲۰۰۳–۲۰۰۹) and subsequently Inspiring Innovation Persistent Perfection (۲۰۰۹–۲۰۱۳). Since 2013, the company’s tagline has been In Search of Incredible.[10]

History
Asus was founded in Taipei in 1989[11] by T.H. Tung, Ted Hsu, Wayne Hsieh and M.T. Liao,[12] all four having previously worked at Acer as hardware engineers. At this time, Taiwan had yet to establish a leading position in the computer-hardware business. Intel Corporation would supply any new processors to more established companies like IBM first, and Taiwanese companies would have to wait for approximately six months after IBM received their engineering prototypes. According to company history, Asus created a motherboard prototype for using an Intel 486, but it had to do so without access to the actual processor. When Asus approached Intel to request a processor to test it, Intel itself had a problem with its own 486 motherboard. Asus solved Intel’s problem and it turned out that Asus’ own motherboard worked correctly without the need for further modification. Since then, Asus was receiving Intel engineering samples ahead of its competitors.[13][14]

In September 2005, Asus released the first PhysX accelerator card.[15] In December 2005, Asus entered the LCD TV market with the TLW32001 model.[16] In January 2006, Asus announced that it would cooperate with Lamborghini to develop the VX laptop series.[17]

On 9 March 2006, Asus was confirmed as one of the manufacturers of the first Microsoft Origami models, together with Samsung and Founder Technology.[18] On 8 August 2006, Asus announced a joint venture with Gigabyte Technology.[19] On 5 June 2007, Asus announced the launch of the Eee PC at COMPUTEX Taipei. On 9 September 2007, Asus indicated support for Blu-ray, announcing the release of a BD-ROM/DVD writer PC drive, BC-1205PT.[20] ASUS subsequently released several Blu-ray based notebooks.

In January 2008, Asus began a major restructuring of its operations, splitting into three independent companies: Asus (focused on applied first-party branded computers and electronics); Pegatron (focused on OEM manufacturing of motherboards and components); and Unihan Corporation (focused on non-PC manufacturing such as cases and molding).[21][22] In the process of the restructuring, a highly criticized pension-plan restructuring effectively zeroed out the existing pension balances. The company paid out all contributions previously made by employees.[23]

On 9 December 2008, the Open Handset Alliance announced that Asus had become one of 14 new members of the organization. These “new members will either deploy compatible Android devices, contribute significant code to the Android Open Source Project, or support the ecosystem through products and services that will accelerate the availability of Android-based devices.”[24]

In October 2010, Asus and Garmin announced that they would be ending their smartphone partnership as a result of Garmin deciding to exit the product category.[26] The two companies had produced six Garmin-ASUS branded smartphones over the prior two years.[26]

In December 2010, Asus launched the world’s thinnest notebook, the Asus U36, with Intel processor voltage standard (not low voltage) Intel Core i3 or i5 with a thickness of only 19 mm.[27]

In January 2013, Asus officially ended production of its Eee PC series due to declining sales caused by consumers increasingly switching to tablets and Ultrabooks.[28][29] 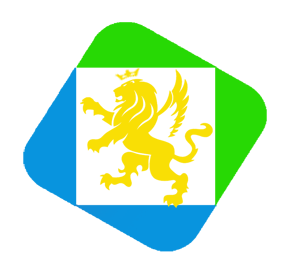